Current Hindi cinema is firmly in favour of the uncouth.

There’s a reason we call leading men heroes, and part of it has to do with them acting the part. They need to come through and pole-vault over insurmountablish odds, sure, but they also need to carry themselves with a certain deportment. With some relative smoothness, at the very least, if not actual savoir faire. Or at least they must when engaged in pursuit of a heroine, especially one — as is seen frequently in Hindi cinema — clearly above their station.

Not so in the new Bollywood, however, where we seem gradually to be encouraging our leading ladies to love the louche. Back in the day, Amitabh Bachchan had to shave and pull on a spotless suit to charm Satte Pe Satta‘s Hema Malini, while Amol Palekar took lessons in suavity to win over Vidya Sinha in Chhoti Si Baat. Winning the fair maiden’s assent has always been as integrally tricky a step on the hero’s journey as eventually defeating her smuggler father, but new films appear increasingly focussed on removing odds from the hero’s path. 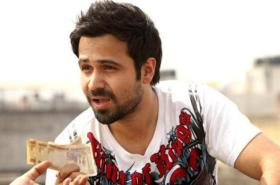 The recommended ‘technique’ nowadays appears to be relentless stalking, following which pretty girls voice obvious initial complaints but then give in, visibly eager to settle. We’ve seen it in Bittoo Boss, Vicky Donor and, most recently, Jannat 2, where smart and highly educated girls with actual jobs first mock the neighborhood rogue and then, abruptly, are taken in by his… candour, one assumes? She’s a doctor, he’s a gun-runner, but hey, he dedicatedly follows her about, with pseudo-Sufi songs wailing in the background. That clearly counts for something, and I’m guessing whenever they do greenlight the inevitable Darr remake, the stammerer shall now prevail.

What is also particularly bothersome about this situation is the passivity of the female lead. While the man comes on strong and assaults her with a charmless offensive, she seems to have nothing, or no one, better to do. She brushes him off, smiles coyly when her girlfriends cooingly declare how much in love he must be (since he says it all the time), and then finally caves, deciding his obsessive consistency will translate to some sort of eventual romance. And that, in lieu of anything better, seems enough. Like Esha Gupta tells Emraan Hashmi in Jannat 2, “Even if I don’t know whether I’m in love with you yet, I know I like it when you slap me.” Um, okay.

There is an overwhelming lack of elitism to the girls’ decisions, true, and that is both encouraging and utterly implausible, but then we’ve always had the sethji’s daughter falling for a ‘mamooli‘ driver. It’s just that now — as Salman Khan sits back in Wanted and makes fat-jokes about his heroine — our heroes are themselves content with being un-special. They’re mamooli, but of their own choosing. While the heroine is increasingly losing her say in the matter. She might as well get used to being whistled at.

6 thoughts on “The legitimisation of the laffanga”