That statement is both warning and promise: because Navdeep Singh’s new film is a tough film to stomach, a frightening and disturbing beast, and because it should be just that brutal, given how loyally it adheres to slasher/thriller genre conventions.

The thing about Singh is the way the director takes a familiar script or setup and makes it very Indian and very much his own — his first film Manorama Six Feet Under is a highly innovative grass-roots take on Roman Polanski’s Chinatown, and the new NH10 is many parts Eden Lake mixed with some I Spit In Your Grave, and yet a far scarier and more socially impactful film than anything slasher has a right to be. 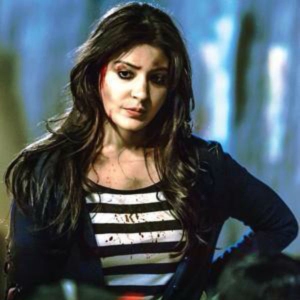 The primary reason NH10 works as well as it does — and it works with smashing edge-of-the-seat flair — is the context Singh gives it. The idea of two young urban lovers finding themselves in very harsh rural territory is a basic one, but Navdeep is strikingly credible when it comes to dialect and flavour, and turns the Haryana belt outside Gurgaon into the most believable of badlands: everyone in those parts might not actually be evil incarnate, but from where we’re sitting, comfortably far away and constantly assailed by news of imperilled women and fundamentally messed-up defence lawyers, we’re all too willing to believe the nightmare Navdeep sets us. NH10 is more a pure horror film than any of its companions in the slasher genre simply because we believe what we want to, and it feeds our fears.

Meera and Arjun are a young couple who aren’t quite on top of their game: she looks at him with regret in her eyes, he looks to be constantly seeking some form of escape from the hard parts of a relationship, and when in bed they wield individual laptops and send each other on-screen messages. Things aren’t perfect, clearly, but sometimes a holiday can be potent tonic, and they head out to a small getaway not too far from the Gurgaon border. They run into some honour-killing violence, and end up angering the killers. Things turn ugly… uglier than one might think.

I admit to wincing frequently as fresh, more violent misery was piled onto Meera’s helpless lot, and that is because of Anushka Sharma’s amazingly committed performance. The movie’s masterstroke is to keep the audience squirming and the tension relentless by setting nearly 90% of the film in overwhelmingly linear fashion, pretending that the events are taking place in realtime, but this takes its toll on Sharma who — also brave enough to produce this film — features in virtually every frame of the film and carries it on her athletic shoulders. It is a bold choice as an actress and Anushka is at her absolute best as her eyes widen in disbelief at the growing horror around her. A moment when she realises the preposterousness of goading a policeman into “doing his duty” is particularly stunning, as is a rousing scene later where she yells at her attackers. She’s beaten down, on the run, powerless and defiant, and Anushka changes gears with immense authenticity, creating a character we can’t help but love. And, more importantly, one we can’t help but feel for.

Neil Bhoopalam’s Arjun has a tougher climb, a harebrained character who doesn’t just graze the hornet’s nest — as convention demands — but rather goes and treads on it, deciding rashly to engage in macho oneupmanship, a choice NH10 made that I can’t completely fathom. Bhoopalam is a likeable actor, but here seems a bit out of his depth. Darshan Kumaar is terrific as Satbir, especially when he’s slaughtering a girl as a rite of passage, and Ravi Jhankal is even better as his savage uncle, reproachful about Satbir using a revolver when tradition demanded a rod for the job.

The film isn’t as gory as its English counterparts, but the sadism comes across very strongly and effectively. It is a taut ride, one that scares us by providing a world of well-etched detail: the way a cop dismissively refers to the Gurgaon jungle of glass-and-chrome as a growing child, a “badhta bachcha”; the way the vibe in the badlands is noticeably hostile every time Arjun rolls down his car window, be it at a tollbooth or to ask for directions; a chilling conversation about caste that doesn’t entirely add up in terms of logic — we’re told that rules and structure matter but that the land away from the cities doesn’t need rules —  but sounds more familiar than it should.

Well shot and featuring mostly minimal background music, NH10 is starkly different from what we are routinely served up at the movies. It is a scary, compelling ride featuring an actress who surpasses herself.

One of my favourite shots in the film is where Anushka Sharma is riding a police jeep hard and fast, impressively adroit with the turns and momentarily getting the better of her pursuers. Then she skids onto the left, gets onto two wheels and, instead of gliding a la James Bond, topples her jeep into an ungainly heap. The frame before the crash shows her fleeting, well-earned smile turn into a wide-eyed and helpless “whoops” — another excellent Sharma moment — and that whoops is the best metaphor for NH10: it lets us know we’re on the edge and that one misstep could flip our lives around in an instant.