2015 may just be the year we started writing good roles for women. There are always a few great characters, certainly, but this could be the year when mainstream cinema allowed for experimentation on a larger scale, for a whole slew of female characters who were liberated, self-assured, opinionated and unapologetic. The roles came and the actresses rose to meet the challenge, which is why the class of 2015 includes grumpy girls, lesbians, mothers, huntresses, victims, villains and athletes. Super.

Take a bow, ladies. Here are my top ten performances of the year:

Has Deepti Naval ever played bad before? I can’t remember if she has, but in Navdeep Singh’s film she is the one who holds the reins and the one who barks the orders. As the chieftain of a small village, she’s in charge but, as we find out, patriarchy doesn’t end just because a woman is wearing the pants. It’s a brief but chilling appearance that lends the film much credibility.

Badlapur is a two man film and it is left to them to do the heavy lifting, but Apte makes her presence felt regardless of limited screen-time. Married to a restauranteur, she befriends a hitchhiker only to find herself on the wrong end of a vendetta, and she nails just the right combination of disbelief and dread. In a standout scene, Varun Dhawan forces her to strip and Apte, despite being torn apart, maintains eye contact more than one would expect. It’s haunting.

Kanu Behl’s first film was peopled by many new faces, but none was as impactful as Raghuvanshi, who plays the seemingly coy but staunchly determined bride, Neelu. Here is a girl who knows what she wants and is willing to break her own bones to get it. Raghuvanshi is note-perfect in a genuinely demanding role. Her Neelu is quiet but never submissive, stands up to authority figures, asks tough questions and — in case all else fails — she has a prince tucked away.

7. Kalki Koechlin and Sayani Gupta, Margarita With A Straw

It’s weird to put co-stars together on a best actress list, but Koechlin and Gupta are at their absolute finest in Margarita With A Straw when they’re playing off each other. Two atypical girls caught in a tender relationship, one has cerebral palsy and one is blind, but that doesn’t get in the way of fondness — or friskiness. These are performances brimming with candour, plus Hindi film actresses looking to play blind ought to take notes from Gupta’s no-nonsense work.

It’s never pleasant to be the isosceles in a love triangle, farther away from the action than the other two with their names in the title. And while Chopra is — as the long suffering and ignored wife, Kashibai — unquestionably the third-wheel in Sanjay Leela Bhansali’s epic romance, she is also the film’s moral right and, in dignified fashion, manages to emphatically convey both vulnerability and pride. So much so, in fact, that she upstages leading lady Deepika Padukone — and it’s masterful how effortless Chopra makes that look.

Neeraj Ghaywan’s grave directorial debut would have been a film of gloom were it not for the utterly effervescent Tripathi. As Shaalu, a bright young girl who loves poetry, Tripathi creates a raw, seemingly unrehearsed, genuinely spontaneous character. As the bearer of words, Shaalu is the one who literally brings lyricism to the film but Tripathi is the one who gives it light.

The role of Nutan Tandon must have sounded like an impossibly difficult brief. Not just does Sensharma have to play the role of a mother who has lost her child, but Meghna Gulzar’s Rashomon-esque film of multiple perspectives requires that she also play a mother who has killed her child and a mother who is lying about it all. Sensharma is heartbreaking as the devastated mother, but the true genius of her performance is how subtly, how wonderfully she switches gears for the alternate perspectives and makes them, while still believable, appear nearly laughable.

A bucktoothed Haryanvi student who proudly refers to herself as an “athletes”, Kusum aka Datto is a sensationally fine performance that digs deep into Ranaut’s increasingly stunning bag of tricks. Datto is an irresistible character, and Ranaut plays her with brilliant consistency, the accent never faltering and the character never wavering. This would, in fact, have been the performance of the year, except Ranaut was disappointingly one dimensional as Datto’s doppelganger, the utterly unlikeable titular character, Tanu. There are moments — like when she drunkenly tries on wigs in the dead of night — that are interesting but Tanu, as a performance, is merely shrill. Team Datto forever.

It is always special when a thriller makes you root for a character instead of just being there for the ride, and I was riveted by Sharma’s exceptional work in Navdeep Singh’s slasher film. Shorn of makeup, frills and places to hide, hers is a committed performance that shoulders NH10 — and, for long stretches, does so singlehandedly. Sharma’s Meera is a city mouse like most of us, and she takes us right there with her into the not-so-distant badlands where the harassment builds and she finds herself trapped yet unwilling to submit. It is a bold, stark display of range and bravado. 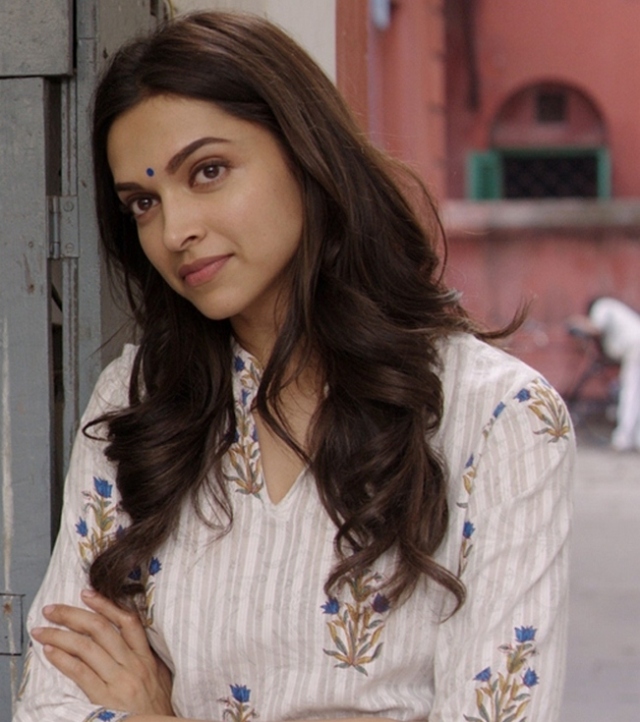 It’s thrilling to watch Padukone push herself, and Shoojit Sircar’s film doesn’t at all make things easy for her. Piku — whose real name we don’t know, or need to know — is an irritable character, a grump who uses her scowl as a shield to defend her sanity. It is a character so relatable she seems familiar, one of those people who choose to live at the very end of their tether, and Padukone appears to relish playing someone so completely unreasonable. Yet Sircar and Padukone warmly, in small measures, bring out Piku’s softer side, the way she wistfully tries on jewellery, the way she sings with her father, the way she (while gobbling down a mouthful of Calcutta egg roll) casually proposes marriage.

And, as I’d said in my review, the way she says ‘pachcha:’  “Piku uses this Bangla word for arse — a cute splat of a word, with a tchah-sound built right in — while at a dining table full of eagerly nostalgic relatives, and Padukone plays the moment magnificently, her eyes twinkling and grin well in place, dropping her guard to say an ‘uncouth’ word and, simultaneously, thrilled to be saying it. Bravo.”